This post may contain affiliate links, which means if you make a purchase from one of these links I will get a commission.

I read a kind of a hodge-podge of books. There’s not really any rhyme or reason. It’s recommendations from friends, bloggers, or what’s new at the library. I enjoy fiction, but it’s difficult for me to find fiction that stirs me enough to read much anymore. I love non-fiction, personal development especially because I am always trying to improve myself.

I don’t know if my list of books is of interest to anyone but me, but if you’re so inclined, read on! I have linked each of these books to Amazon for purchase, but many of these books I have read from my local library, so check there first.

Automate Your Routines Guarantee Your Results by Kathryn Jones

Automate Your Routines, Guarantee Your Results hilariously delivers a five-step formula that shows you how to automate your morning, evening, and eating routines.

We’ll also walk through how to permanently eliminate your bad habits, liberate your brain power, and focus on what is most important to you.

The formula combines the principles of computer programming – a language whose sole purpose is to automate – with the basics of human behavior to show you how to guarantee the results you desire.

Breathe: The Simple, Revolutionary 14-Day Program to Improve Your Mental and Physical Health by Belisa Vranich

Insomnia? Gone. Anxiety? Gone. All without medication. Unpleasant side effects from blood pressure pills? Gone. A cheap and effective way to combat cardiovascular disease, immune dysfunction, obesity, and GI disorders? Yes. Sounds too good to be true? Believe it.

Contemporary science confirms what generations of healers have observed through centuries of practice: Breath awareness can turn on the body’s natural abilities to prevent and cure illness. The mental and physical stresses of modern life, such as anxiety, frustration, sexual dysfunction, insomnia, high blood pressure, digestive woes, and immune dysfunction can all be addressed through conscious control of your breath. In addition, it can increase energy, accelerate healing, improve cognitive skills, and enhance mental balance.

Radical Forgiveness: A Revolutionary Five-Stage Process to Heal Relationships, Let Go of Anger and Blame, and Find Peace in Any Situation by Colin Tipping

Is there a divine purpose behind everything that happens? If you’re willing to embrace that possibility, every aspect of your life can change. This is the theory behind Colin Tipping’s revolutionary method for experiencing the freedom, peace, and renewed energy that come with Radical Forgiveness. Radical Forgiveness gives us step-by-step instruction in what begins as a healing process, and culminates in an entirely new way of living in the world.

What are you reading this month? Let me know in the comments below, I’d love to hear from you or even find my next great read!

The Infinite Game by Simon Sinek

How do we win a game that has no end? Finite games, like football or chess, have known players, fixed rules, and a clear endpoint. The winners and losers are easily identified. Infinite games, games with no finish line, like business or politics, or life itself, have players who come and go. The rules of an infinite game are changeable, while infinite games have no defined endpoint. There are no winners or losers – only ahead and behind.

The question is, how do we play to succeed in the game we’re in?

In this revelatory new audiobook, Simon Sinek offers a framework for leading with an infinite mindset. On one hand, none of us can resist the fleeting thrills of a promotion earned or a tournament won, yet these rewards fade quickly. In pursuit of a just cause, we will commit to a vision of a future world so appealing that we will build it week after week, month after month, year after year. Although we do not know the exact form this world will take, working toward it gives our work and our life meaning.

Leaders who embrace an infinite mindset build stronger, more innovative, more inspiring organizations. Ultimately, they are the ones who lead us into the future.

Talking to Strangers by Malcolm Gladwell

Malcolm Gladwell, host of the podcast Revisionist History and author of the number-one New York Times best seller Outliers, reinvents the audiobook in this immersive production of Talking to Strangers, a powerful examination of our interactions with people we don’t know.

How did Fidel Castro fool the CIA for a generation? Why did Neville Chamberlain think he could trust Adolf Hitler? Why are campus sexual assaults on the rise? Do television sitcoms teach us something about the way we relate to each other that isn’t true?

While tackling these questions, Malcolm Gladwell was not solely writing a book for the page. He was also producing for the ear. In the audiobook version of Talking to Strangers, you’ll hear the voices of people he interviewed – scientists, criminologists, military psychologists. Court transcripts are brought to life with re-enactments. You actually hear the contentious arrest of Sandra Bland by the side of the road in Texas. As Gladwell revisits the deceptions of Bernie Madoff, the trial of Amanda Knox, and the suicide of Sylvia Plath, you hear directly from many of the players in these real-life tragedies. There’s even a theme song – Janelle Monae’s “Hell You Talmbout”.

Something is very wrong, Gladwell argues, with the tools and strategies we use to make sense of people we don’t know. And because we don’t know how to talk to strangers, we are inviting conflict and misunderstanding in ways that have a profound effect on our lives and our world.

Catch and Kill: Lies, Spies, and a Conspiracy to Protect Predators by Ronan Farrow

In 2017, a routine network television investigation led Ronan Farrow to a story only whispered about: one of Hollywood’s most powerful producers was a predator, protected by fear, wealth, and a conspiracy of silence. As Farrow drew closer to the truth, shadowy operatives, from high-priced lawyers to elite war-hardened spies, mounted a secret campaign of intimidation, threatening his career, following his every move, and weaponizing an account of abuse in his own family.

All the while, Farrow and his producer faced a degree of resistance they could not explain — until now. And a trail of clues revealed corruption and cover-ups from Hollywood to Washington and beyond.

This is the untold story of the exotic tactics of surveillance and intimidation deployed by wealthy and connected men to threaten journalists, evade accountability, and silence victims of abuse. And it’s the story of the women who risked everything to expose the truth and spark a global movement.

Once Upon a River: A Novel by Diane Setterfield

On a dark midwinter’s night in an ancient inn on the river Thames, an extraordinary event takes place. The regulars are telling stories to while away the dark hours, when the door bursts open on a grievously wounded stranger. In his arms is the lifeless body of a small child. Hours later, the girl stirs, takes a breath and returns to life. Is it a miracle? Is it magic? Or can science provide an explanation? These questions have many answers, some of them quite dark indeed.

The Andromeda Evolution by Michael Crichton and Daniel H. Wilson

In 1967, an extraterrestrial microbe came crashing down to Earth and nearly ended the human race. Accidental exposure to the particle—designated The Andromeda Strain—killed every resident of the town of Piedmont, Arizona, save for an elderly man and an infant boy. Over the next five days, a team of top scientists assigned to Project Wildfire worked valiantly to save the world from an epidemic of unimaginable proportions. In the moments before a catastrophic nuclear detonation, they succeeded.

In the ensuing decades, research on the microparticle continued. And the world thought it was safe…

What are you reading this month? Let me know in the comments below, I’d love to hear from you or even find my next great read! 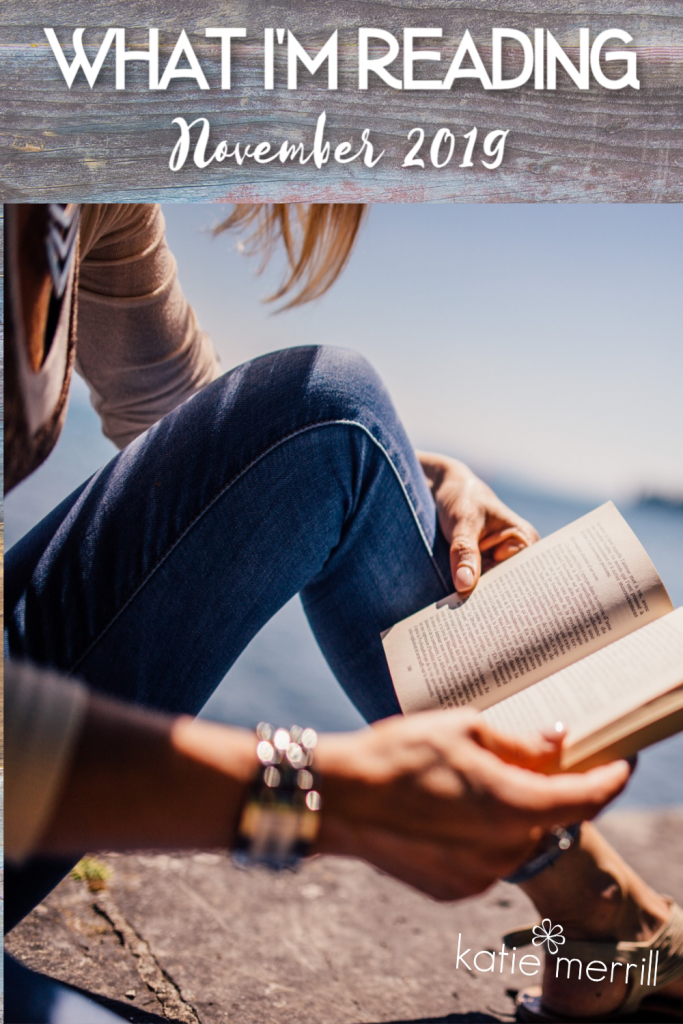