This post may contain affiliate links, which means if you make a purchase from one of these links I will get a commission.

I wanted to tell the story of Josh Groban today. He grew up in Los Angeles and was attending the Los Angeles County High School for the Arts where he was studying acting and voice. One day he was called to stand in for an ill Andrea Bocelli to rehearse with Celine Dion a duet of “The Prayer” at a rehearsal for the Grammy Awards. Rosie O’Donnell invited him to appear on her talk show and he was asked to sing at the California governor’s inauguration just a few months later. This was the overnight success of Josh Groban.

What if teaching high school or balancing profit and losses were the height of greatness that Josh Groban had achieved? Would he still have chosen to use his voice and sung the national anthem for high school baseball games or directed the community musical? Would that have been enough? Or would he have grown tired and frustrated and given up on his voice and spent his spare time complaining that he could have made it if he’d only been give and chance? Or would he have lived his ordinary life to the fullest, enjoying watching his students succeed and flourish and continued to prepare for his big moment, even if it never came, or even if his idea of his big moment changed with time?

When Opportunity Knocks, Open the Door

What is your dream? What is the thing that you want to have happen in your life? What are the things that you are doing to prepare yourself for the moment when opportunity knocks? Are you spending the years that it takes working and learning and improving and practicing so that when the time comes everyone can marvel at your overnight success? Or is someone else doing all that work (at your age and ability) so that when opportunity knocks for them you can gripe about how everyone else gets all the breaks?

Does opportunity always have to be large? Do you need to become the next Josh Groban in order to become a fulfilled and happy singer? Or do the small opportunities excited you as much as singing at the Grammys?

I don’t know if opportunity will knock for you or for me or if anyone reading this blog post will become wildly successful or rich or famous. But what I do believe is in the importance of living your life fully and happily today and being ready for any amazing opportunity that comes your way, whether large or small.

Are there opportunities that you missed because you weren’t prepared? Or were you ready when the knock came? Let me know in the comments below! 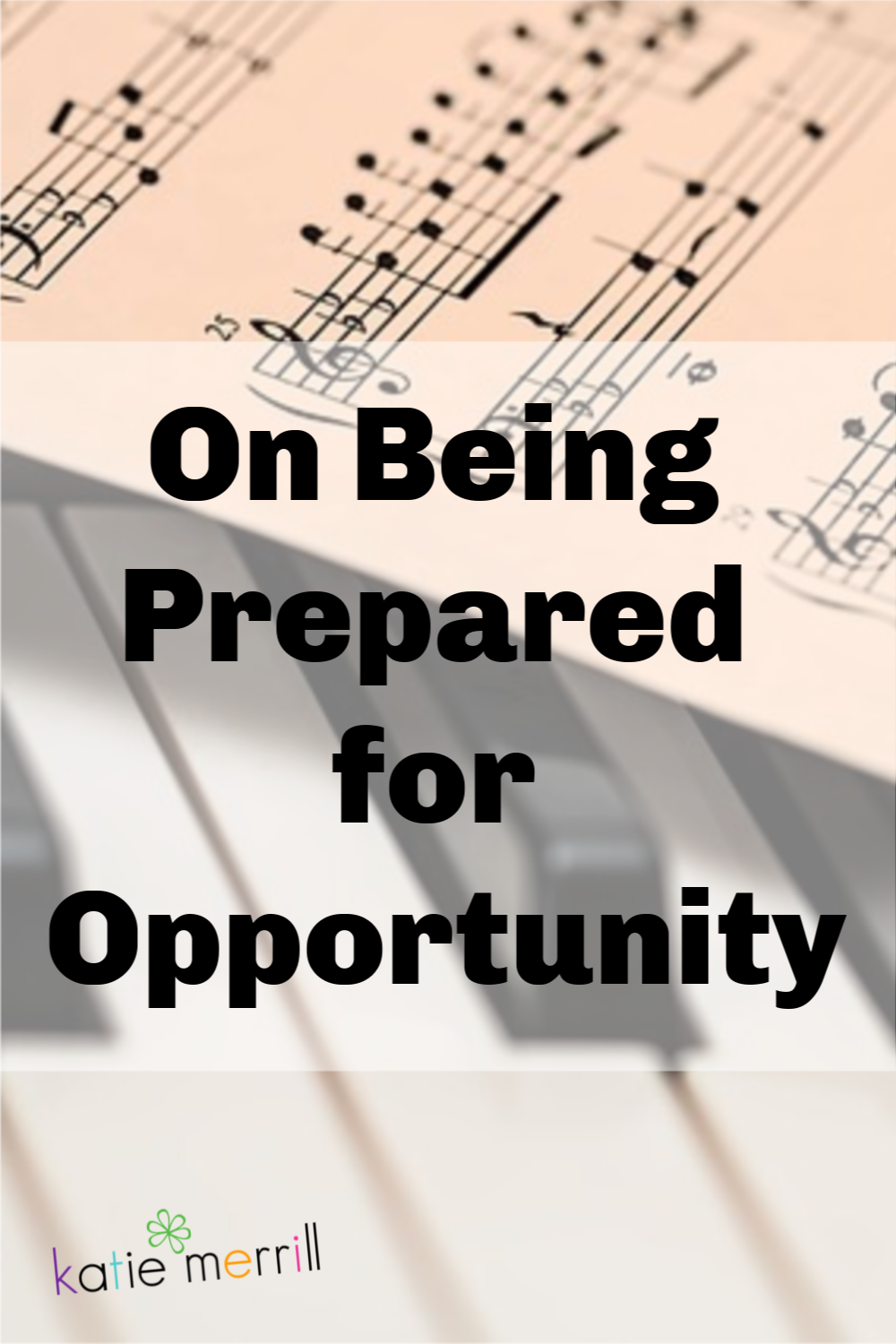